World renowned marine mammal ophthalmologist, Dr Carmen Colitz, has lent her expertise this week to a number of Long Nose Fur Seals recovering at Dolphin Marine Magic (DMM) following the recent “Seal Storm” event across the east Australian coast. Dr Colitz visits the park each year as part of annual Australasian tour and inspected the eye health of the seals and dolphins that reside at DMM as well as the 6 seals and number sea turtles which are currently under rehabilitation. Most of the animals passed with flying colours, however Dr Colitz was concerned for one rescued seal and one rescued turtle, who were suffering from traumatic injuries incurred prior to their rescues. The six seals at Dolphin Marine Magic are just some of the victims of the recent “Seal Storm” event which has seen close to one hundred seals stranding on Australian beaches over the last few weeks following a number of massive storms. Dolphin Marine Magic staff are been busy working with the NSW National Parks and Wildlife Service and rescue organisation ORRCA, monitoring animals between Crescent Head and Ballina and with staff driving over 2,500km in the last few weeks attending rescues. DMM veterinarian, Dr Duan March said “It’s not unusual to see young Long Nosed Fur Seals around here during the cooler months however the number of animals this year is unprecedented. In the last month we’ve eight seals come into care which is something of a record. ” “All the animals have come in clinically exhausted and unfortunately some of the seals were simply too weak when they arrived, and didn’t make it, despite our best efforts to save them. The remaining animals are doing well and we hope they will be ready for release in a few weeks’ time once they have recovered their strength.” March concluded, “Even though these seals look small, they have the potential to become aggressive and give a nasty bite. Members of public should always remain at least 30m away from a seal on the land and should keep children and pets under control anywhere where there are seals present.”
The monitoring and rescue and rehabilitation of these seals is just part of the ongoing rescue and conservation work that DMM carries out, spending on average over $100, 000 annually on conservation matters across the Coffs Coast.        Anyone concerned about a seal on the beach or any other marine mammal should contact DMM on (02) 6659 1900 or the NSW National Parks and Wildlife Service or ORRCA
For more information see the Coffs Coast Advocate: http://www.coffscoastadvocate.com.au/news/seal-storm-victims-on-mend/3069768/ 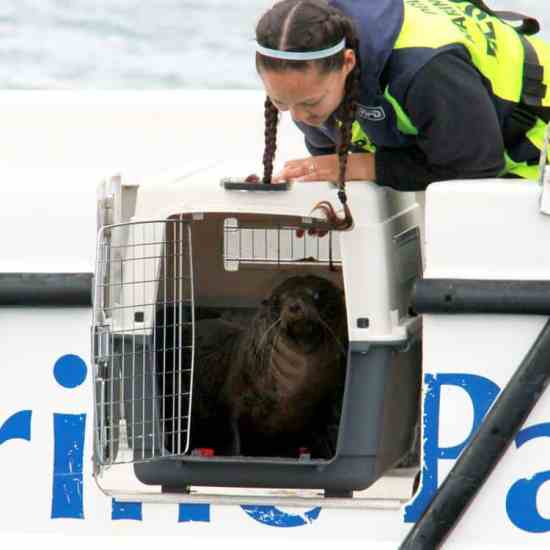