Bucky was Dolphin Marine Conservation Park’s (DMCP) oldest and much-loved resident. He was rescued from the Nambucca River over 45 years ago as an infant
dolphin, extremely sunburnt and dehydrated. Bucky’s mother Sandy was with him but also severely injured, so both were brought back to the park for
rehabilitation. Ultimately, neither dolphin was deemed releasable and so made their home at the Park.

In 2008 carers noticed an ulcer in the back of Bucky’s mouth. When it did not respond to treatment, biopsies were collected from the abscess, and the DMCP
team were devastated when the lesion was diagnosed as cancerous. Bucky underwent surgery which was very successful. The cancer went into remission
with no evidence that it had spread outside his mouth.

Five years later Bucky’s carers identified new suspicious growths inside his mouth which led to Bucky’s brief television career. He appeared on the TV
show “Bondi Vet”, and the nodules in his mouth were examined by celebrity vet, Dr Chris Brown. Fortunately, the results of this examination concluded
that the growths were not cancerous.

Bucky retired from presentations at DMCP many years ago but had still been participating in some of the education programs for his own enjoyment and enrichment.
He has spent his days over recent years happily socialising with his family group, playing with his favourite toys, joining in play and learning sessions
with the trainers. Bucky loved to play with basketballs and yoga balls, swim with his long-time pal ‘Calamity’ and interact with his trainers.

Recently Bucky’s cancer returned and invaded his lymphatic system. On 30th March Bucky underwent surgery to remove a cancerous mass, which had
formed on his shoulder. To ensure that Bucky was given the greatest possible chance of a positive outcome world leading cetacean anesthetist – Dr James
Bailey – was flown across from the USA with nationally renowned surgical oncologist – Dr Maureen Thompson from Brisbane carrying out the operation.
The surgery was an enormous success, having been the first time in the world that a dolphin of Bucky’s age had been anesthetised, operated on with
such invasive surgery and successfully brought back out of the anesthetic.

Despite Bucky’s brave and phenomenal recovery following this major operation and the many health battles he has had to endure he passed away surrounded
by his family during the evening. Bucky was 49 years’ old which is impressive considering most dolphins only live to about 30 years of age in the wild.
He was a much loved ambassador for conservation and the father of two of the other dolphins at the park, Zipper and Jet.

“Bucky will be greatly missed by everyone at DMCP and especially his trainers, many of whom have cared for him for over 10 years with one – Greg Pickering
– for his entire time at the park since his rescue. Everyone involved enjoyed an extraordinary connection with this amazing animal,” said Managing
Director, Terry Goodall. 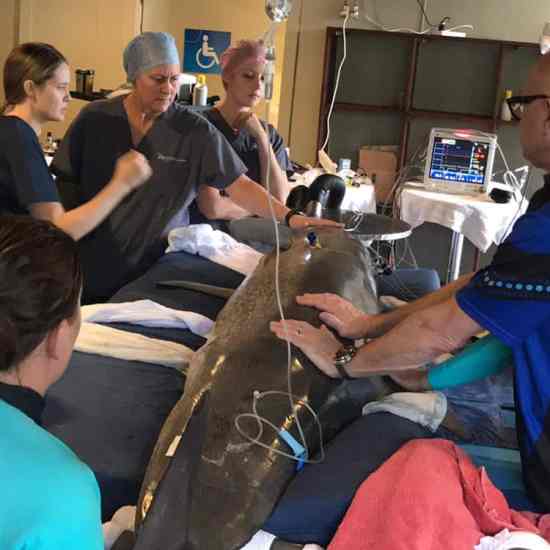 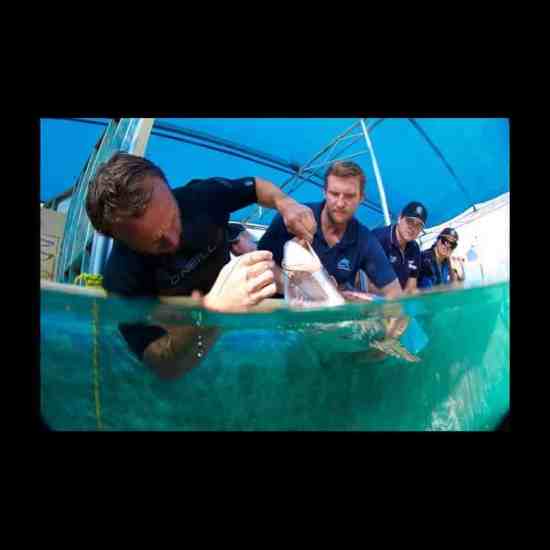