“Turtle Man” to the rescue!

SHE’S 80 years old, weighs 80 kilos and was found stranded on a beach.

Myrtle the Turtle is a local “senior lady”, who has checked in at Dolphin Marine Magic for a bit of rehabilitation.

She’s a loggerhead turtle, one of three species of turtle found in the Solitary Islands marine park area, and is now under the experienced eye of the
softly spoken Greg “Turtle Man” Pickering, who has been part of the marine team at DMM for 46 years.

“She was found lying on the high tide mark at Fosters Beach in Scotts Head. Why she stranded we don’t know, but her eyes were bulging and she’d been
on the beach at least 36 hours before we rescued her,” Greg said.

“You can tell she’s an older turtle by her size and the growth and barnacles on her shell.”

After some care in the animal hospital at Dolphin Marine Magic, Myrtle is active and feeding well so Greg and the marine team expect to be able to
release her soon.

“We will just observe her for a bit longer, check the results of her pathology and give her a final physical and then look at release.

“There are no great numbers of these turtles locally, although one of them lives in a cave longer than I’ve been in Coffs and his exploits are well
known to local divers.

“You need to be cautious around loggerheads, they will bite. I was on a boat doing a loggerhead release off Bundagen a while back and was concentrating
on measuring the shell (for tagging purposes), the turtle saw a chance and tried to take a chomp at my leg. I had to move pretty fast to avoid
those teeth.”

“We don’t see a lot of them because their population numbers are low. They’re carnivorous turtles and like to eat squid, crabs and cuttlefish and jellyfish.”

Myrtle isn’t the only turtle “patient” at DMM. There are nine turtles in rehab.

Some have been victim to floating syndrome while others have puncture wounds. They start in a quarantine tank and, as their recovery progresses, they
are moved through a series of tanks with different water quality and temperature.

Sunshine, a large green turtle about 100 years old, is happily swimming in what is called the “last resort” tank, the final step before release.

“Sunshine turned up in the marina on New Year’s Day with floating syndrome. He’s coming along very well but needs to put on more weight before we can
do a release.”

On Thursday, green turtle Gina was given a clean bill of health after almost 12 months of rest and rehab at DMM. She was tagged and then released around
South Solitary Island.

Gina is one of hundreds of animals Greg has seen rehabilitated at DMM.

“The whole plan with rescue and rehabilitation is to get the veterinarian’s tick of approval and organise a quick release. Release day is always a
great day.” 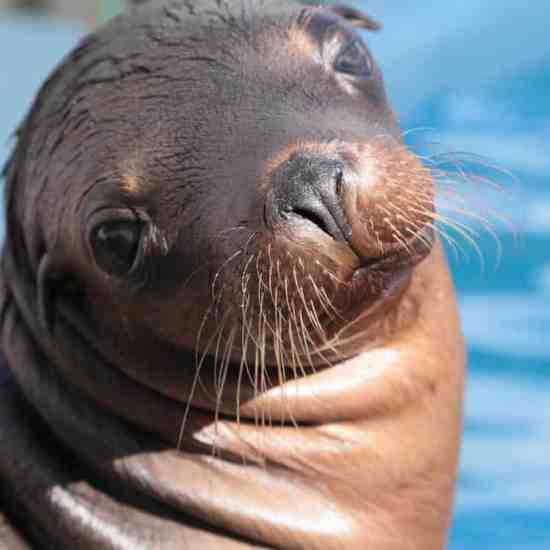 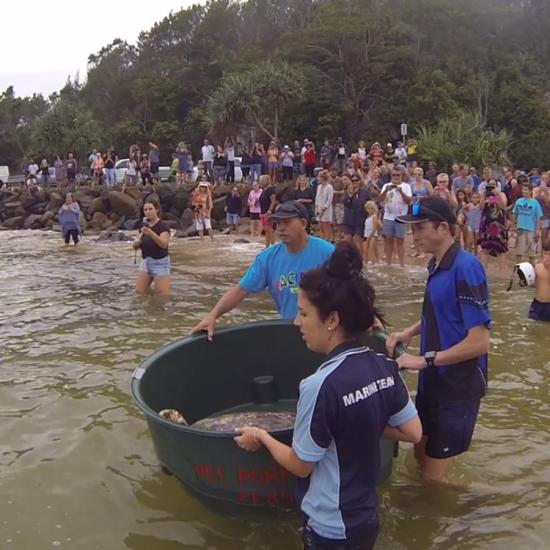