Earlier this week, a post on the Bellingen Facebook page raised the alert about a well-known resident being in trouble.

“This is the black swan that lives at the Bellingen river,” Ellie May Harris wrote. “It has a fishing lure stuck in its mouth. I was hoping by posting
that someone who knows how to help it could see it.”

But attempts by people from WIRES and community volunteers to capture the swan were initially unsuccessful.

Although he can’t fly due to a damaged left wing, he proved quite adroit at foiling rescuers by making an on-water escape.

This morning, all the right circumstances aligned for a successful operation.

The veterinary team from Dolphin Marine Conservation Park were on their way with nets and towels (and as a backup, a dart gun), the swan was resting in
the park near Lavenders Bridge, and Ainslie Jenkins, who moved to Bellingen only a few weeks ago, was on guard keeping curious children at bay.

Veterinarian Dr Duan March and vet nurse Kieran Marshall had a brief chat with Ainslie, who has been one of the key people watching the bird’s worsening
condition and trying to organise help.

Then expertly herding the swan away from the river, the pair managed to snaffle him in a net after a short chase, which you can see in the video:

Pinning him with the towels, they used a pair of pliers to cut and remove the fishing tackle that he had probably inadvertently ingested.

“There was a hook with three barbs on it and one of the barbs had gone in on the underside of the tongue, through the tongue, and was embedded in the top
of the tongue, ” Duan said. “So we just pushed it the rest of the way through, nipped the barb off, then took it back out the other way.

“He had about 70cm of fishing line going down his throat too, but that came out with the swivel on the end.”

Duan said there was no sign of infection and the swan seemed in reasonable condition, so he was happy to release it straight back to its preferred habitat.

He thought the broken wing probably occurred months ago, and the white colour on the swan’s left side is visible because the wing would have dragged on
the ground at first, removing the black part of the feathers.

Duan said the damaged feathers should gradually be replaced by proper plumage, which will give the swan back his waterproofing but not the ability to fly.

“He doesn’t have full extension of that wing, so there’s obviously been a fracture. But it’s stable now, it’s all fibrosed up. And he doesn’t really need
to fly to be around here – he can paddle on the river and feed.”

They were thankful that most of the equipment they had brought – wetsuits, flippers, dart gun – weren’t needed

“If he’d got in the water, we could have been chasing him around for hours,” Duan said. “And the last thing we wanted was to do was dart him.

“The less you intervene, the better. The motto is, as little as possible, as much as necessary.”

Duan urged people to make a point of collecting and disposing of any fishing debris found in or near waterways.

“Fishing line kills more of the wildlife that we see than plastics do,” he said.

Upon being released, the swan headed straight for the river for a good long drink and some assiduous preening of his feathers. 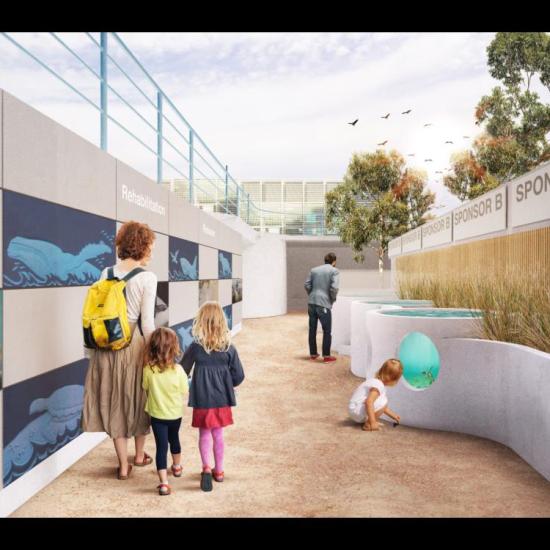 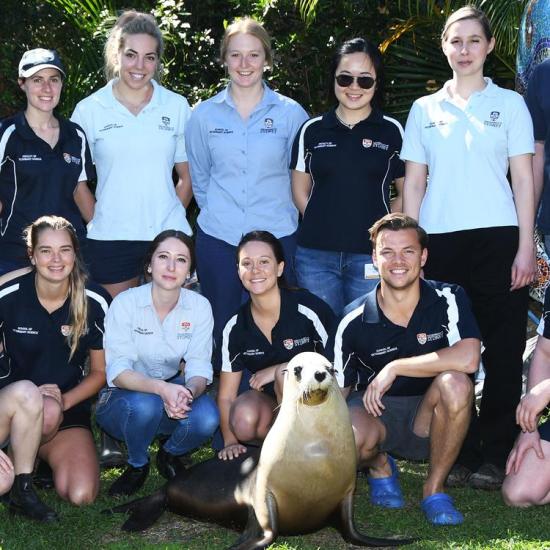