Sandy drops in for a little R&R at Porpoise Pool

A NEW Zealand fur seal pup found on the weekend has been taken to the Pet
Porpoise Pool to be cared for until she recovers.Named Sandy, because she was found on Sandy Beach, the young seal had
suffered from a shark bite which had become infected and was now on antibiotics
after being attended to by a veterinary surgeon on Monday.Thought to be about 18 months old, the seal pup would be independent by now,
having left her mum already, and had probably drifted on the current away from
the colony.The senior curator at the Porpoise Pool, Spencer Picker- ing, accompanied a
National Parks and Wildlife (NPWS) ranger, Tom Denman, to assess the pup’s
condition.”She’s weak and very underweight,” Mr Pickering said.”Our first priority is to rehabilitate her and get her back in to the wild,
so the less human contact she has the better for her.”.Mr Denman said that seals get attached to humans extremely quickly.”They get used to being fed. But they are wild animals,” he said.He said that New Zealand fur seals were increasing in numbers and we were
likely to see more of them in the future. People should expect to see them, but,
Mr Denman warned, they should be left alone to recover.
“They have often travelled long distances and are very tired when they get
here. And they have got teeth,” he said.
“The reason we picked her up was because she was injured and she was getting
hassled by dogs.”Usually we like to leave them to recover but Sandy was not showing any signs
of defending herself.””Even though there is no New Zealand fur seal breeding colony on the Eastern
Australian coast, these seals do drift into our coastline,” Mr Pickering said.”We will keep her here for about a month while she recovers and then let her
go back in the wild,” he said. 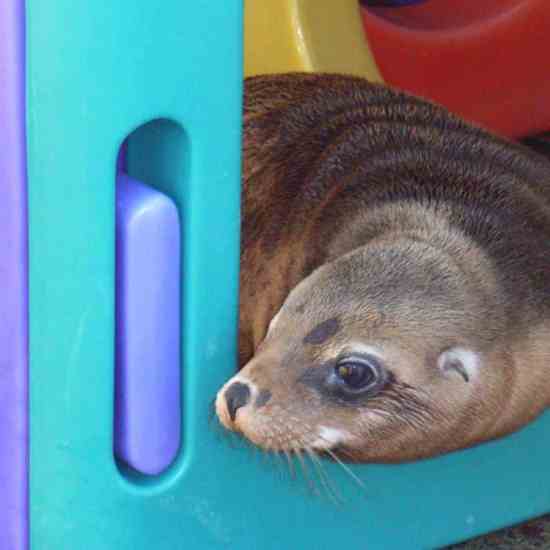