The recently rebranded Dolphin Marine Conservation Park announced today that it no longer intends to breed its dolphins in line with the future direction
of the organisation.

“We are getting back to our roots – education and conservation through the rescue, rehabilitation and release of marine wildlife,” said Managing Director
Mr Terry Goodall.

“The dolphins we have in our park have either been rescued or born here, and they all participate in a full range of behaviours; from play to mock
foraging for their food. While reproduction will no longer be part of their lives, we are confident that the dolphins will continue to experience
dynamic and enriching social interactions” said Mr Goodall.

The decision will undoubtedly be welcomed by animal welfare groups who have been working with Dolphin Marine Conservation Park to investigate the feasibility
of a sea pen.

“The sea pen idea is great in theory and may very well prove viable” said Mr. Goodall. “However, we need to investigate it thoroughly to make sure
it can be maintained long-term and more importantly, is in the best interest of the animals.”

The combination of the sea pen study and the announcement to cease breeding dolphins, places Dolphin Marine Conservation Park at the forefront of marine
animal conservation.

“There is strong scientific evidence that supports the link between breeding and the positive welfare of animals under human care that cannot be released
back to the wild, so we will be working with the Zoo and Aquarium Association (ZAA) to ensure that our animals’ welfare remains positive in the
absence of our females rearing young.

“What everyone can agree on, is that the welfare of these animals is the top priority” said Mr Goodall. 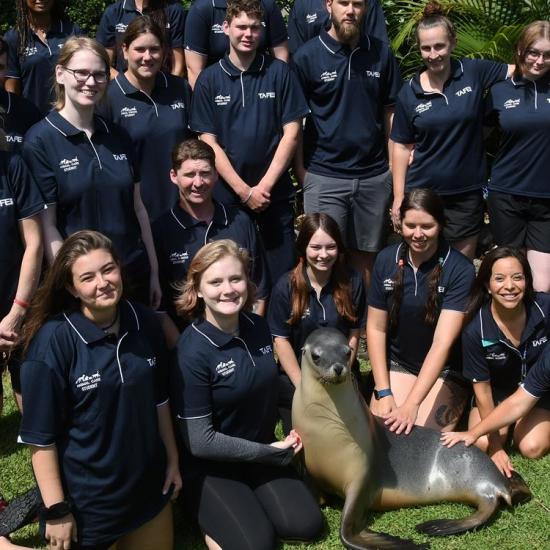 TAFE group getting hands on 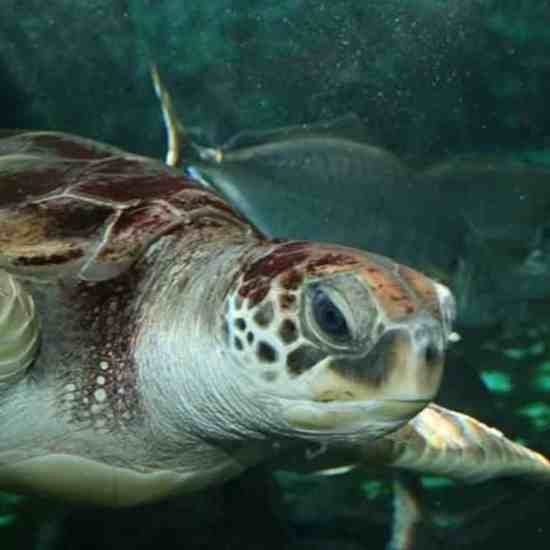