AFTER months of treatment and rehabilitation, hundreds of people came out to support sea turtles Captain and Pebby as they made their way back into
the ocean at the weekend. The green sea turtles had been in the care of Dolphin Marine Magic after they were found washed up on
the beach suffering from ‘floater syndrome’ earlier in

the year. Pebby went into the care of DMM in May, while Captain was rescued a few months earlier.

Turtles can develop buoyancy issues for a number of reasons, either they have gas in their system or they’ve been hit by a boat, or maybe they’ve ingested
plastics or other

foreign objects. The inability to dive for food and keep their shell submerged also lead to secondary problems.

Luckily the turtles were found by a member of the public and rescued and rehabilitated by Dolphin Marine Magic.

After a few months in care, the turtles slowly gained the ability to fully submerge, allowing them to forage properly.

Once their strength improved and they reached a proper weight, a veterinarian specialist deemed them as ready for release.

The turtles release received a turnout of about 500 people arriving at Diggers Beach on Saturday to bid them farewell.

Pebby was adopted out through CHART’s Adopt-an-Animal program. Adopters are able to support the animal financially and follow its progress through
monthly updates until they are released. 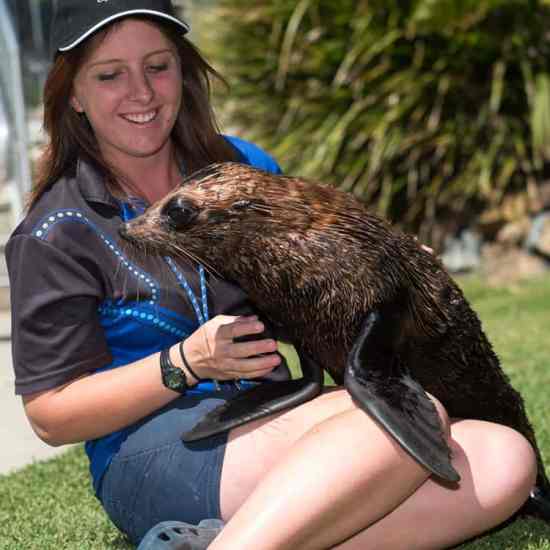