THERE’S a new member of the “team” at Dolphin Marine Magic and she has the official title of ambassador.

Scotti, a New Zealand Fur Seal, was a casualty of the rough patch of weather on the Coffs Coast in July 2016 which many locals nicknamed, “seal storm”.

She was rescued from Scott’s Head (so, no prizes for guessing how she got her name) by the DMM team and taken to the hospital at the marine park.

It is estimated Scotti was about 18 months old when she was rescued, which makes her still a pup today at 2.5 years old.

She proved an excellent patient but her serious eye injury caused concern and due to this injury Scotti was not suitable to be released.

A leading marine mammal ophthalmologist, Carmen Colitz was brought in for consultation. After close inspection it was decided the eye would have to be
removed.

“Scotti has settled in and adjusted to her new way of life so well,” said Tiga, DMMmarine team member.

“Being a Long Nosed fur seal she is much smaller than the other seals here but she sees herself as an equal in size and character.

“Scotti has such an important role to play, as an ambassador of her species and for the many other marine animals just like her who come into care due
to human impacts such as boat strikes and fishing entanglement.”

Scotti and Tiga are hoping to save more marine lives by spreading the message about the Seal the Loop program. It aims to educate people about the damage

marine debris can cause and provides an easy bin system in key fishing locations for discarded fishing line and hooks.

“It only takes a little bit of fishing line to cause a lot of damage,” said Tiga.

have 24 bins from Red Rock to Nambucca Heads.”

In her official role as park ambassador Scotti is a valuable part of the marine team. She is a constant reminder of the need to be vigilant and mindful
in how we dispose of rubbish,especially plastics and fishing line, which can easily get into our oceans via waterways and injure or kill marine life.

message will make a lastingimpression. 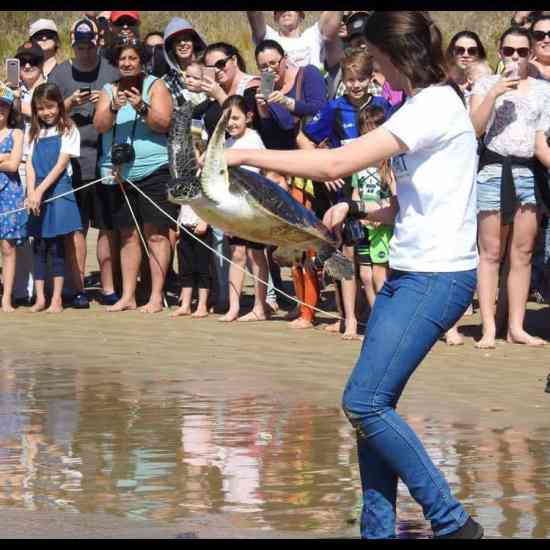 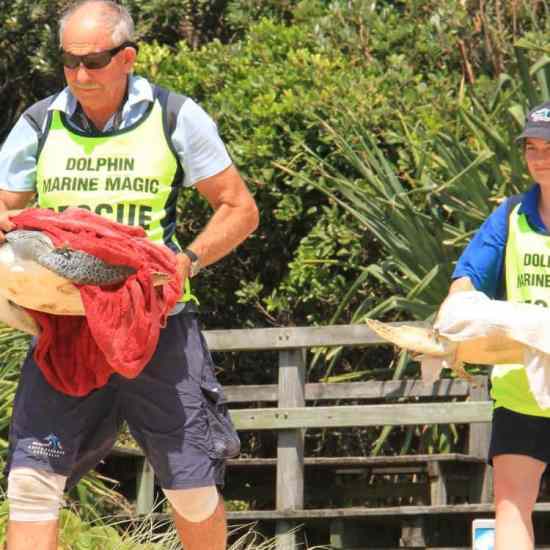