Excitement is building about a new ABC3 TV series which is being
shot on the Coffs Coast.
Blue Zoo is a 13-part marine wildlife adventure documentary which is being
based at Dolphin Marine Magic in Coffs Harbour.
Eight teenagers, four from Australia and another four from Ireland are being
taught how to care for and train dolphins and seals.
The teenagers have developed relationship with the animals and by the end of
the series they will be running the marine park.
Blue Zoo will air in August 2014 on ABC3.
Fi Poole spoke with producer, David Atkin OAM.

Seal released - Carmen goes back to the wild! 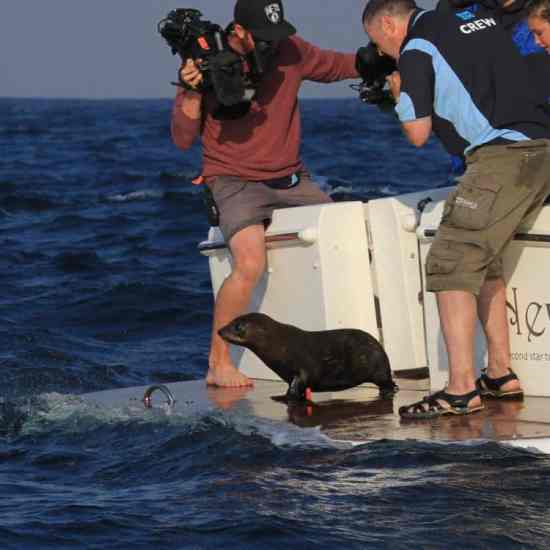