A storm of cuteness is descending over Dolphin Marine Magic following the successful birth of a baby Australian Sea Lion at the popular Coffs Harbour
conservation park, one of only two births of this endangered species in Australian zoos over the last five years.

The little boy, born during fierce weather in late December last year, has been named “Storm” and is already a favourite of the staff caring for both
him and his mother Athena.

“Both Storm and Athena are doing well,” said DMM veterinarian Dr. Duan March “and his birth is a very important addition to the regional Australian
population which is managed by the Zoo and Aquarium Association. Storm is continuing to gain weight and is now at the point where he is just starting
to feel comfortable to venture into and play in water.”

“At just over a month in age, Storm is already proving a highly inquisitive and playful sea lion,” added Aaron Tolley, Manager of Life Sciences at
DMM. “He already spends hours of each day interacting with his carers with a number of toys which he loves to chase … even if his flippers
don’t always work the way that he wants them to!”

Tolley continued, “Leaving his cuteness aside, Storm also has a very serious and crucial role to play in the future of this endangered species, both
an educational ambassador and in increasing our knowledge and understanding of Australian Sea Lions. In the last two years alone, members of Storm’s
family have participated in University research which has included studies on metabolic rates and energy budgets to help wild sea lion conservation
management, studies to help researches identify wild sea lions without having to capture and tag them and studies into how wild sea lions recognise
each other by scent.”

However at this point Storm doesn’t yet understand his future importance for his species and for now he is only interested in sleeping, nursing from
his mother and playing with his carers.

Storm will be making his public debut next week at Dolphin Marine Magic where there will be a special talk and play session with his carers each day
at 12pm from Monday 23rd January to Sunday 29th January. 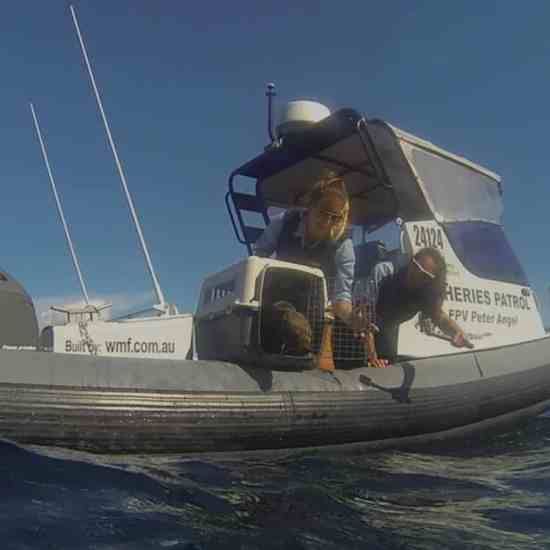 "Turtle Man" to the rescue! 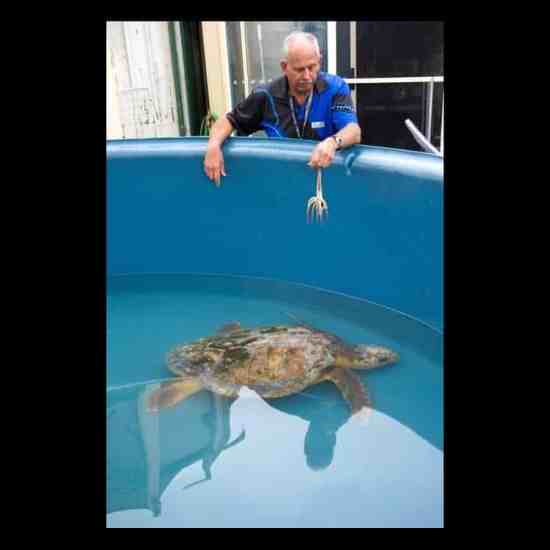