At 48, Bucky is Dolphin Marine Conservation Park’s (DMCP) oldest and much-loved resident. He was rescued from the Nambucca River as an infant dolphin,
extremely sunburnt and dehydrated and brought back to DMCP for rehabilitation. Ultimately he was deemed unreleasable, so the park became his home.

Bucky was first diagnosed with cancer in 2008 when carers noticed an ulcer in the back of Bucky’s mouth. However, after successful surgery, the disease
went into remission.

Recently Bucky’s cancer returned and invaded his lymphatic system.After consulting with experts worldwide, DMCP veterinarian, Dr Duan March determined
that the only hope for Bucky was surgery to remove the cancerous node before it spread. This was a tough decision to make as cetaceans (dolphins and
whales) are challenging to anaesthetise, and in most cases, do not survive the procedure.

USA expert, Dr James Bailey agreed to travel to Australia to anaesthetise Bucky and the Oncology specialist team from Animal Referral Hospital, including
Dr’s Maurine Thomson, Kathleen O’Connell and Albert Thomas came down from Brisbane to perform the surgery.

Never before in the world had a dolphin of Bucky’s age been anaesthetised, operated on with such invasive surgery and survived. It was a risk. But because
it was Bucky, it was a risk worth taking.

On 30th March Bucky underwent surgery. The operation was conducted with a team of more than 20 in attendance. Remarkably and to everyone’s relief, the
procedure was a success.

Bucky has made medical history. The information and learnings gained from his operation are invaluable and now available to help in the care and welfare
of cetaceans worldwide.

“Bucky is a true hero. Everyone at DMCP, especially the team of carers and other staff who helped in his operation and recovery have expressed enormous
thanks and sincere appreciation to Dr James Bailey, Dr Maureen Thompson, Dr Duan March and the team of professionals who worked on Bucky,” said DMCP
Managing Director, Terry Goodall.

Now, after 2 months of careful rehabilitation, he is recovering exceptionally well. He remains under constant monitoring, but all indications are that
Bucky’s remarkable recovery will continue. He has rejoined playmates Calamity, Jet, Zipper and Bella and looking forward to seeing his many admirers,
showing off his scar, which is healing well, and throwing his football to passing guests. 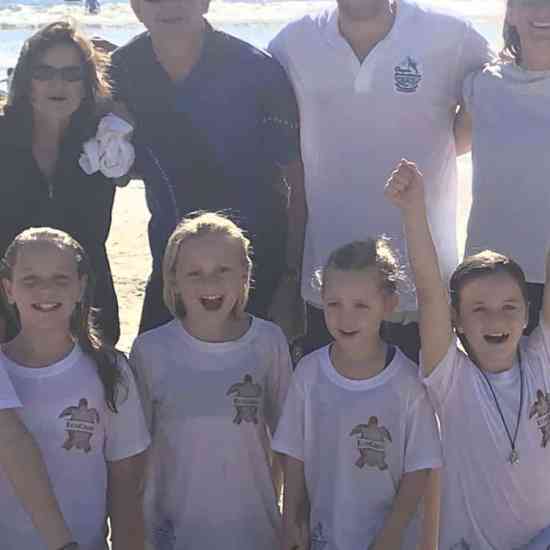 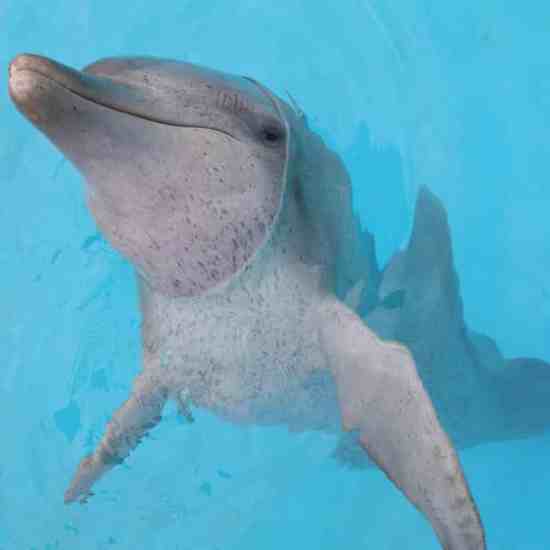